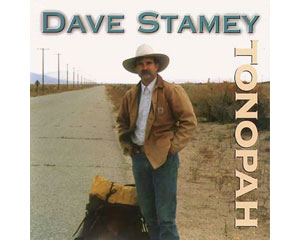 In this western favorite album you'll find a down on his luck cowboy thumbing a ride on a busy highway. A long-dead vaquero dancing in ghostly moonlight. With these and other songs, Dave illuminates the rich tapestry that is the modern west.