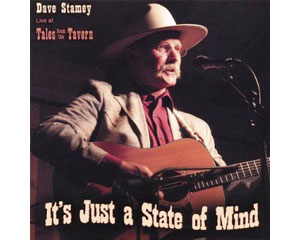 This CD is recorded live at Tales from the Tavern and includes some of Dave Stamey's most loved songs along with introductions to several of the titles.