Dave Stamey's If I Had a Horse CD 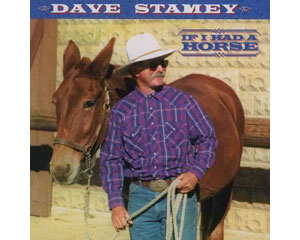